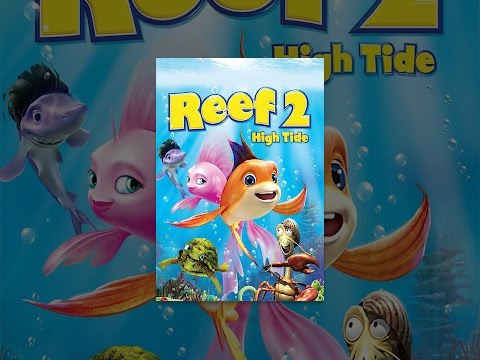 The Reef 2 High Tide is a movie launched in 2012. it is the continuation of the 2006 movie shark bait, it stars the same actors as last time with the exception that Freddie and even are replaced by drake and Busy. But let's get to the Plot. Troy is the main antagonist in the movie, he is a great white shark that wants revenge on PI which is a small fish that has the ability to create what we can only call water Rasengans, Troy is captured by Humans however and he seems to be used as a live test subject by a mysterious ship, the test seems to have granted Troy some super shark powers, looking bigger and stronger than he did in the last installment. Troy escaped from the humans with the help of a smart small shark that was essentially forced to help troy under threat of his life, get used a lock pick of some sort to free troy. Troy realizing just how valuable having someone like him is decided to force him to come with him in order to help get revenge on PI. And just a quick recap Troy is in love with PI's girlfriend, and troy believes PI essentially stole her from him. The girlfriend wants nothing to do with troy however and already has a child with PI. Upon finding out this information Troy did seem to want to just eat the entire PI family but they were saved last minute by a turtle that reminds me of Yoda from star wars.