Police Brutality On The Rise During Protest

George Floyds Death has sparked international outrage and condemnation. But I fear we are approaching something much worst. What started as just some protest is quickly becoming police vs people which is the wrong rhetoric and it is very sad to see I truly hope people realize the dark road we are on and turn around. Destroying your own cities, your own jobs, your own homes ? what do you hope to solve this is not the time to do that not in the middle of a pandemic. The fact is police are people too and as a result they are prone to the same mistakes and tendencies we are and as such racism is not only a problem with the police force but its also a problem with society it self. But I said it once and I will say it again we are currently on a dangerous road people have hi jacked the protest and is in stead using it to push there own agenda anarchists loot the stores burn the buildings police are over whelmed and some are over reacting this is a dangerous time. 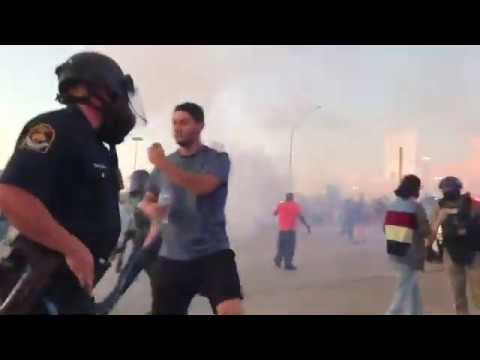