How I got $1000 worth of games for free legally PC

Hello Many of you maybe wondering just how you can get games like Batman Arkham Night all editions and For Honor which alone is worth almost $100 for free the answer is simple use epic games launcher on the PC they give a game every week sometimes twice a week I will upload a screen shot of games I got without paying for anything I honestly haven't even played most of them with the exception of fortnite of course yes I am that kind of nerd. This is the only blob slide so no need to view this blob just carry on with your merry day ! and have a wonderful tomorrow <3 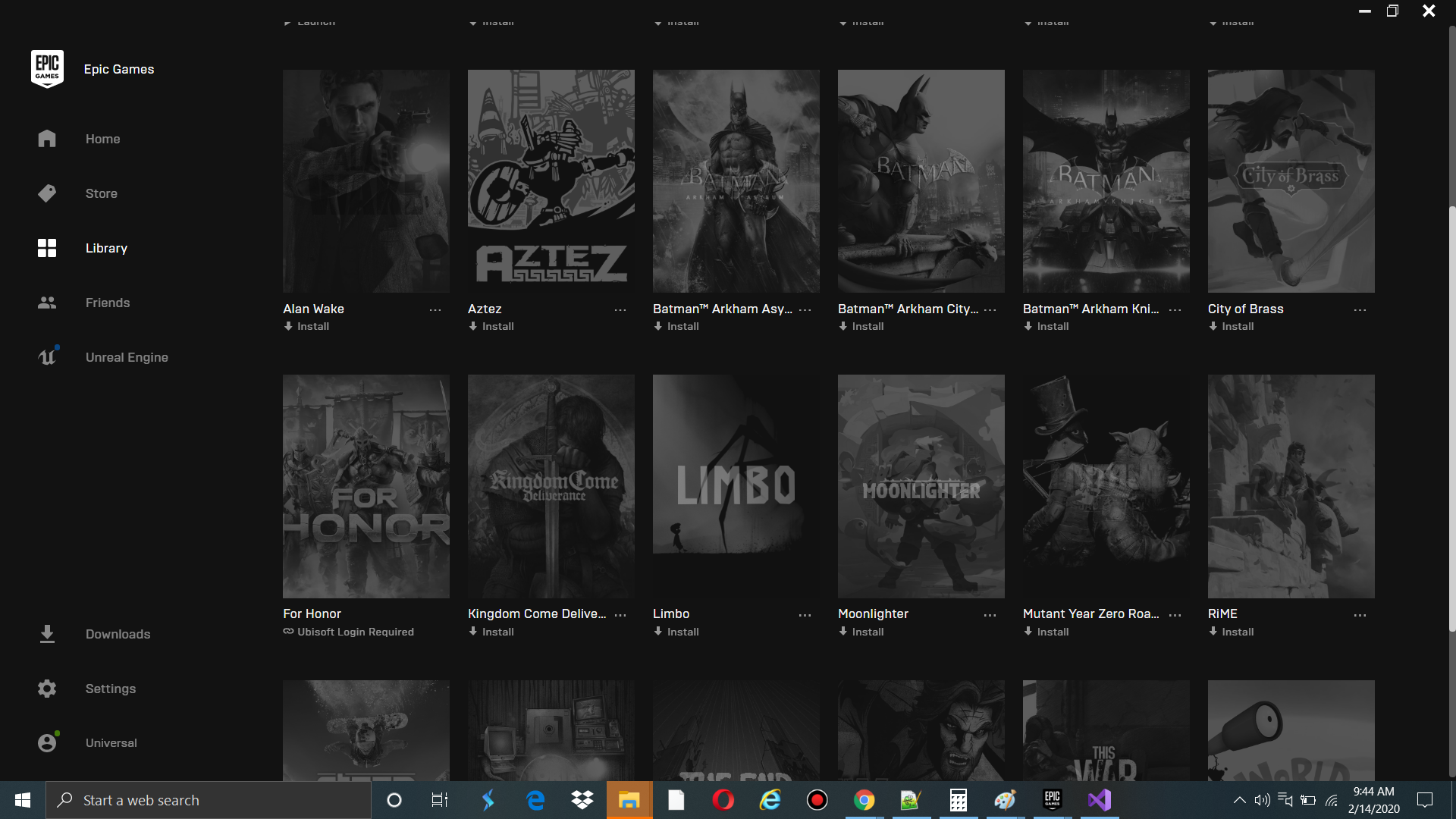 This strategy of giving out free games by epic is extremely smart as it competes with Steam, one of its main competitors people will be more incentivised to use epic games daily as to not miss out on any free games, sometimes epic gives out games worth as much as 50 bucks for free, as I said previously epic did give away triple A title games such as GTA V and much more so if they can give out games like those where are the limits, Epic is a phenomenal gaming company just for this fact alone tho we are not sure why they would not simply allow users to try the game instead of owning it permanently as that just might be a better business model, giving out the game free is most definitely a permanent loss, though Epic can afford it as it is simply one pay check from fortnite, I for one will be in the epic games store waiting for the next big block buster so I can get it for free !